Four Quirky Facts about the Isle of Scalpay.

A visit to Harris without venturing over to the Isle of Scalpay? Now, that would just be silly. At little over twenty minutes driving time from Harris’ main town of Tarbert, Scalpay is an easily accessible and effortless addition to your island count; no ferry required.

The seamless crossing means that Scalpay can be perceived as simply an extension of Harris, but I however, would like to tell you otherwise. Scalpay is a crackin’ wee island in its own right, with ample opportunity to explore and indulge. The island has history, industry, character and community, all packed into its dinky 2.5 square miles.

Aside from the natural beauty and island charm which is consistent across the Hebrides, Scalpay has its fair share of tales to tell, and I love to tell them! Here are four quirky facts about Scalpay, whether you’re already acquainted with the wonderful wee isle, or are yet to grace its shores.

– Read more about what makes Harris so special –

1. The island was gifted to the residents by its owner.

Receiving presents is one of life’s shamelessly enjoyable pleasures. I’m all for the simple things and thoughtful wee gifts, but if someone offered me a Scottish Island, I would eagerly accept.

(Can someone please offer me a Scottish Island?)

A London businessman named Fred Taylor inherited the Isle of Scalpay in 1998 following the death of his father, and in 2012 he made the decision to offer the local community the greatest gift of all; ownership of the island that they call home. A vote was held, and the residents agreed to take Fred up on his kind offer, with 197-8 in favour. 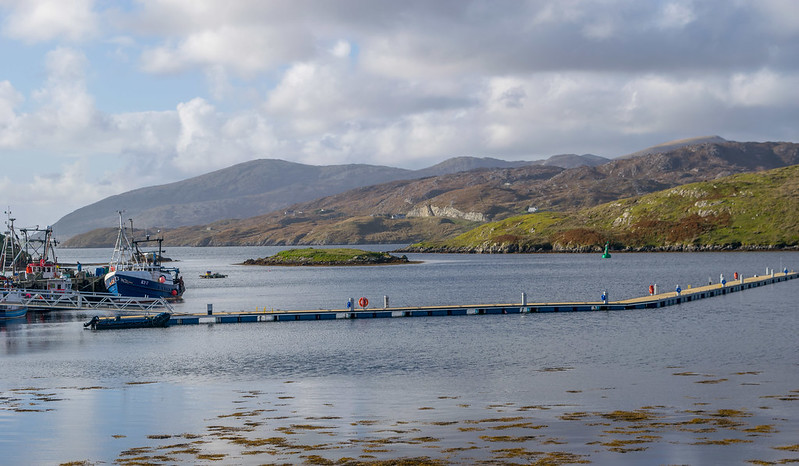 The people of Scalpay therefore avoided having to raise their own funds to purchase the island under the ‘Community Right to Buy’. There are already a few community-owned Scottish islands such as Eigg, Rum and Gigha, and a community group is currently campaigning to purchase the Isle of Ulva for £4m.

2. The island’s oldest resident was the first to journey over the Scalpay Bridge.

Prior to 1997, the residents of Scalpay were reliant on a small, sporadic ferry to transport them 300 meters across the Sound of Harris onto North Harris. Thanks to generous funding provided by the European Union, work commenced to connect the two islands by bridge. Making this dream a reality would be challenging and costly; £6.4 million to be exact.

Many factors had to be taken into consideration, including the impact of the construction on the environment and the island’s unique geology, how the design could complement the natural aesthetics of the area, and to what extent the unpredictable, inclement weather would hinder their progress. 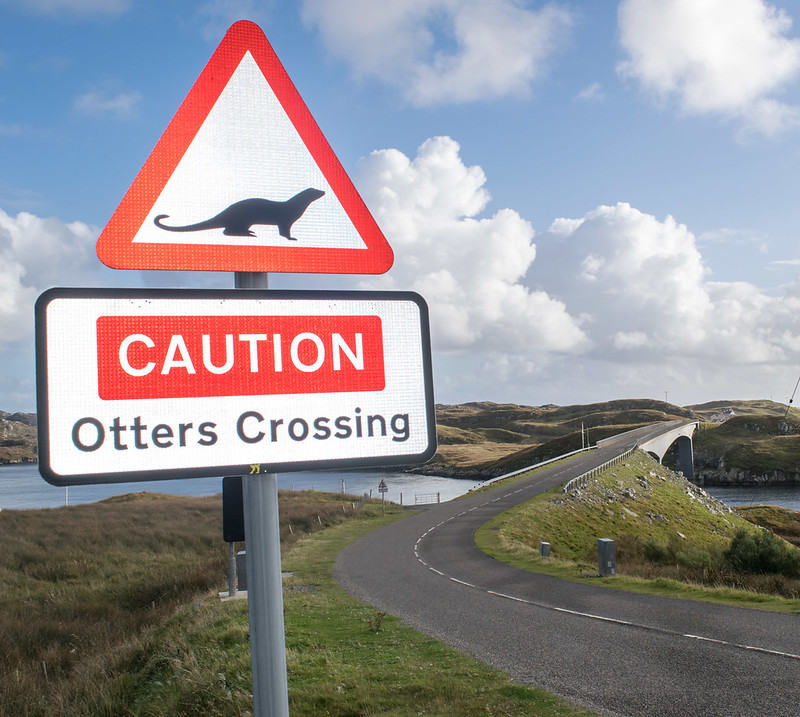 The project was a roaring success, and in December 1997 Kirsty Morrison – who was aged 103 at the time – was driven over the bridge to Harris in a vintage car as the first person to make the journey.

The Scalpay Bridge is a sleek and attractive manmade addition to the Hebridean horizon. The bridge has boosted the local economy, increased tourism figures and it continues to provide the local community with immeasurable freedom and convenience.

Don’t forget to stop for a photo of the bridge and the ever-endearing Otter Crossing sign.

3. You can enjoy a high-end dining experience in the community café.

Owner and Chief Food Wizard, George Lavery, is originally from Glasgow, but took over the island bistro in 2014. George’s exceptional culinary skills have contributed to many fine restaurants around the UK and mainland Europe, from London, Ireland and Jersey, to Luxemburg, Iceland and Sweden. He ended up in the Hebrides, where he fell in love with Harris, and with a lovely local lassie. 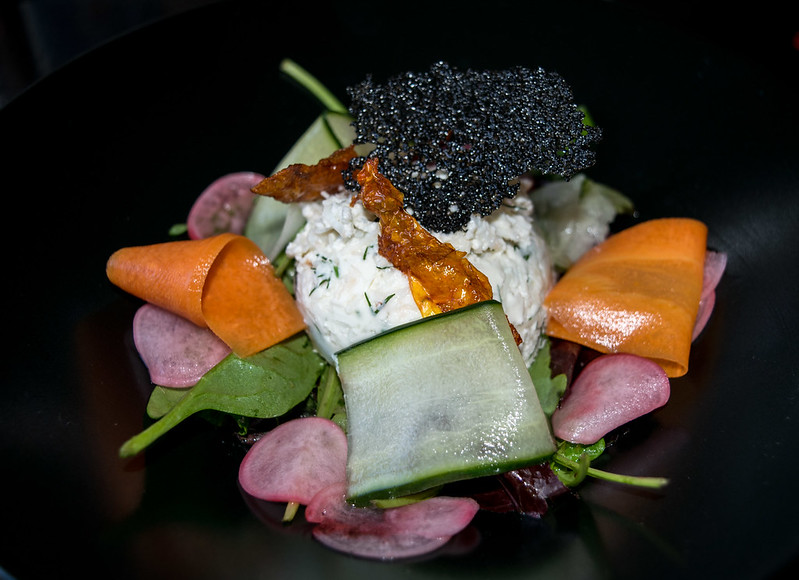 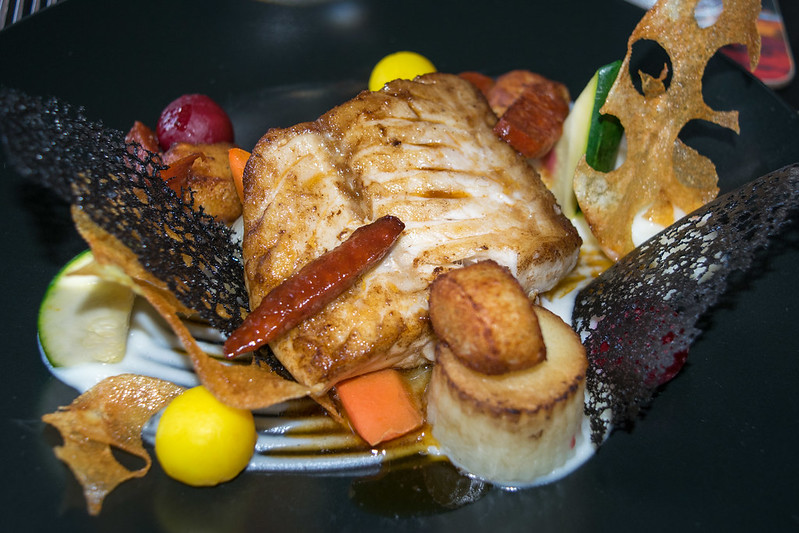 George prepares quirky and contemporary creations within an intimate and completely unpretentious setting. He popped out of the kitchen during our visit to personally speak to each table of diners, which I thought was such a personal and ‘Hebridean’ thing to do. The North Harbour Bistro is a major pull factor to the island, and a gem in every sense.
For more details and delightful food photos, check out the North Harbour Bistro Facebook page.
– Read more about where to eat on Lewis & Harris –

4. The abandoned lighthouse has a controversial past.

Eilean Glas Lighthouse is the most striking and iconic site on Scalpay. Established at the end of the 18th century, it was one of the first four lighthouses in Scotland, and the very first in the Hebrides. The lighthouse has since fallen into an unfortunate state of disrepair, and was the subject of trickery and scandal within the community.

Brenda and Robert Ford-Sagers purchased parts of the lighthouse in 1984, and set up a supposed charity – the Friends of Eilean Glas Trust – to restore and renovate the lighthouse for the benefit of the island and its people. Mr Ford-Sagers was a financial advisor who fraudulently transferred money from clients’ accounts into the trust fund, and convinced former clients to donate to their cause. The money was used to pay off the lighthouse’s mortgage and other personal expenses belonging to the couple. Thankfully they were caught and served prison sentences for their crimes. 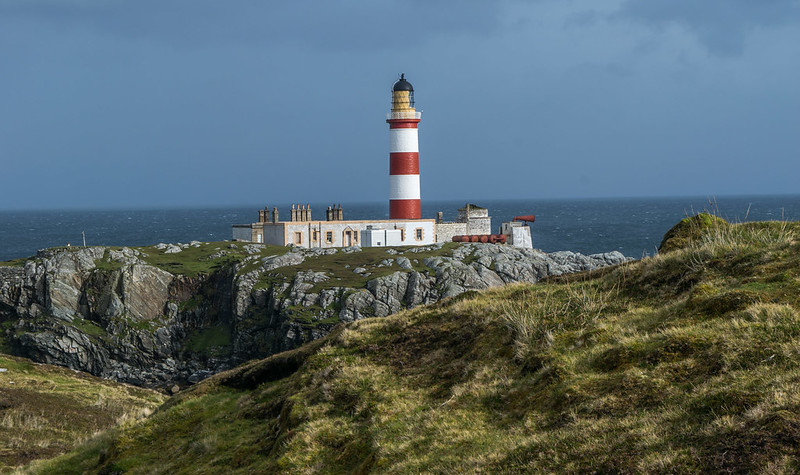 The local community set up the separate Eilean Glas Heritage Trust in 2004, with the dream of restoring and transforming the lighthouse into a visitor attraction. Frustratingly, the Ford-Sagers’ are still in ownership of the lighthouse and continue to request public donations for the trust! Madness.
I highly recommend the stunning walk to the lighthouse. The dramatic setting and bold stripes on the tower look like the set of a Martin Scorsese thriller.
For the full walk description, check out the Walk Highlands website. 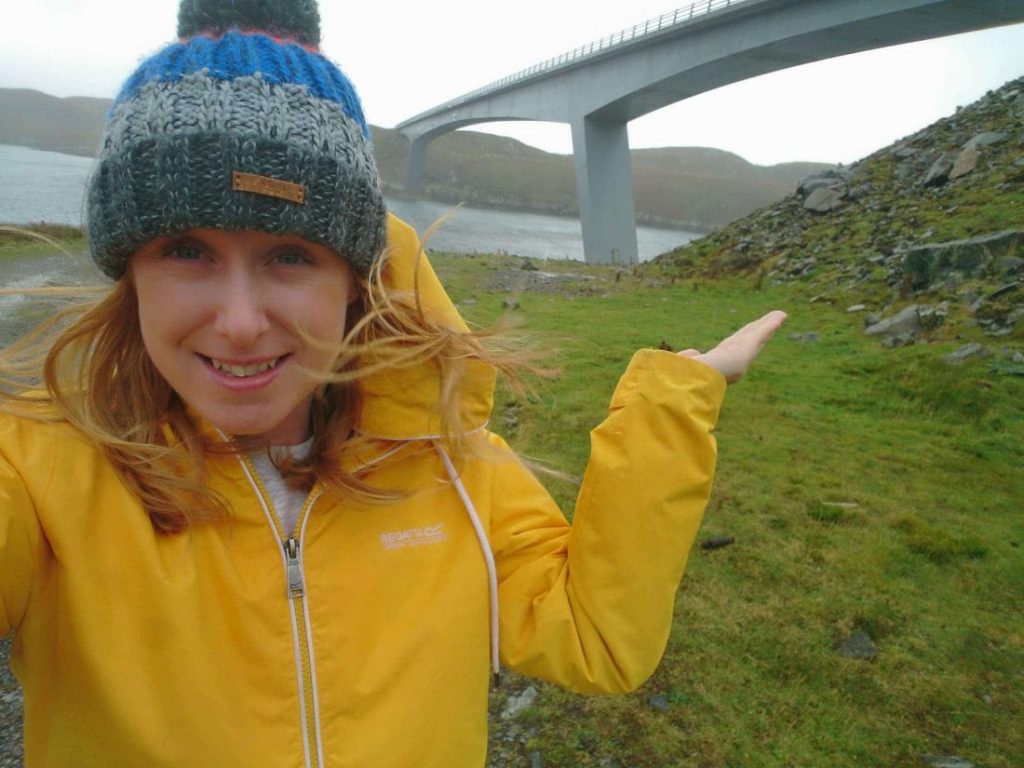 Do you know any other quirky facts about Scalpay? 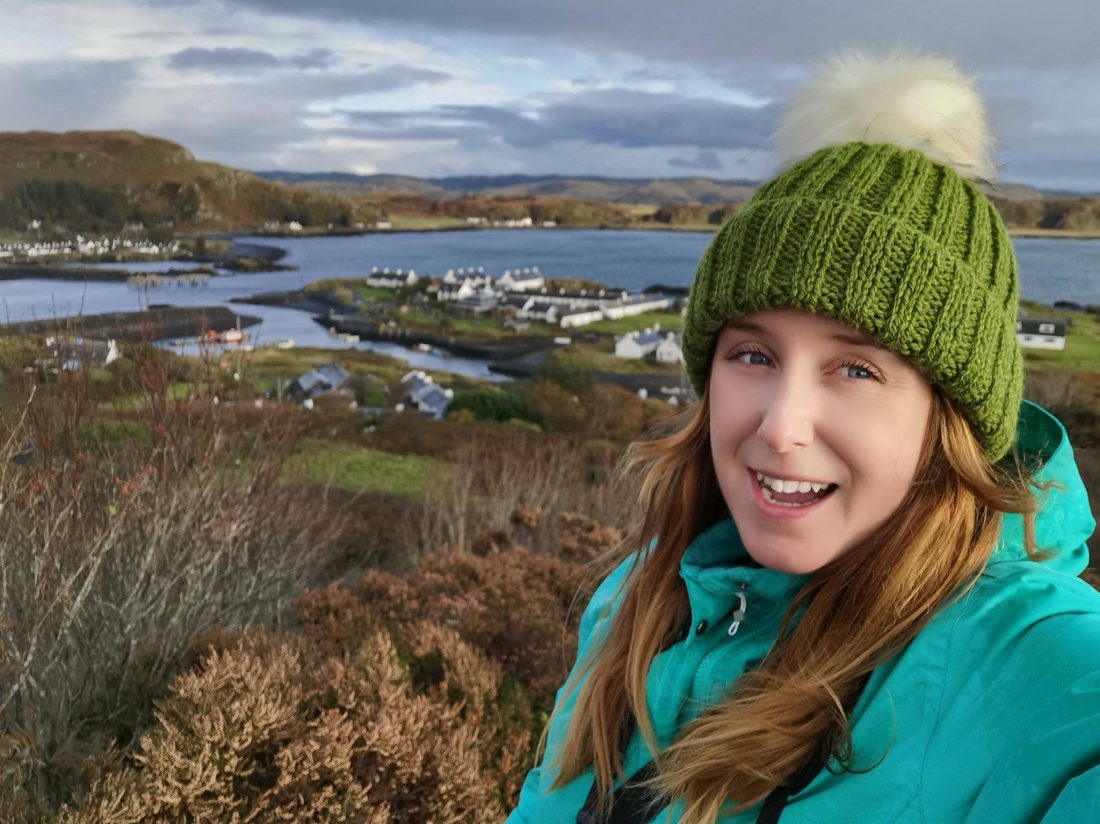 If you're looking for Scottish travel inspiration, you're in the right place.

The Chaotic Scot is packed with personality, travel tips, and destination inspiration - as well as the odd misadventure!

I'm Kay, the 'chaotic' lass behind the blog. I hope that my writing will entertain & inspire you, and that my photos will make you want to be there - or make you hungry!

I'll show you how to explore Scotland on public transport and how to hop around the Scottish Islands like a pro. I'll also highlight where to find quirky accommodation and amazing local eateries along the way!

Scotland is the love of my life, and I've devoted my career to promoting it full-time. I'm excited to share it with you.

The Scottish islands are my favourite place in the world, and I've visited 62 so far. There is so much more to come. Watch this space!

Wee Coffee for Me.

If you find my blogs informative and inspiring, you can support what I do and say thanks by gifting me a virtual coffee. I can, of course, use your kind donation to buy a hot drink on my travels, or I can put it towards the cost of running my business/website, and bringing my new ideas to life. Thanks so much! 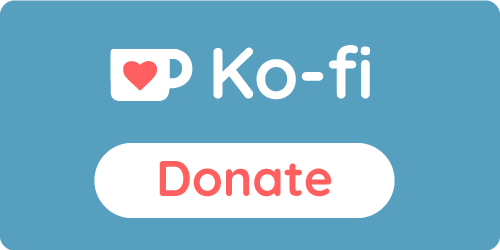